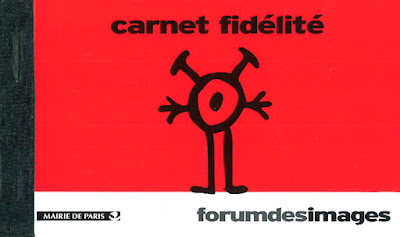 I arrive in Paris in the morning. The station platform symbolizes what awaits me. A sample of human beings with their eyes sticky from a night on the train but animated by the emotion of arrival. Trains for Paris give birth to a pacific and astonished people. Actually those who come from abroad should always activate their senses gradually, not to be overwhelmed by the city. I created a ritual to face it without being swallowed. Before calling someone who can host me for a few nights, I look into the other travellers’ eyes, trying to seize the colour of Paris' sky in them. If my luggage is not too heavy and the light is propitious I walk from Gare de Lyon to Place d'Aligre, which is only a few steps away. With a little luck, it’s market day. I like to watch Paris from here. The colours of the antiques made in Taiwan, the expressions on the faces of sleepy vendors, the light turning to dust surprise me every time. And every time I observe them until I perceive something of Paris that I had missed so far.

I concentrate on my touch and feel with my fingers every single object lying on the stands or on the floor, unbinding the vendors’ fury. I’m reading the braille alphabet of this place: I can feel the texture of the fabrics they do not produce any more. I let my fingertips wander on a blown-glass knick-knack, I skim over the junks as if they were precious gems. I am in my fingers, and my touch lets me perceive the patina covering those cheap antiques. I choose an object. A warm and supple wood paper-weight. As I have it in my hands, I bring it to my nose, without being noticed. I feel the story of the wood through its smell. I leaf through the old books and smell their dust. My smell allows me to sense the violence of the city for the first time: it smells like Paris, like the half-opened dust bin, or the dogs’ excrements constellating the sidewalks. At this moment, my ears let in the sound of French language. I start to bargain and to listen to voices. I speak to a seller about that ebony paperweight that, I know, is too expensive for me, just to feel French language filling my mouth ad modifying the expression of my face. Before I leave, I eat something to complete the awakening of my senses. I stop in a bakery or at the supermarket that has long haunted the square with a huge figure of Zidane and the slogan: J'aime bien vous faire gagner which means “I love to make you win”, but also “I love to make you earn”. Only after this complex initiation, am I ready for the city.

When my propitiatory ritual is effective, it allows me to enter a glossy world. People who explore, cross, and live Paris are very different. In facts, the instructions for the use of Paris must be captivating, to match the taste of every passer-by. These necessities and communicative practices have enhanced the enormous diffusion of metropolitan gadgets. The multicoloured and glossy cards that bring messages from Paris to its guests are the way the city imposes itself by seduction. The pop charms of carte orange transform this cumulative ticket to Parisian transports into an object of fetishist attentions. When you go home you keep it. Teen-agers stick it on their diaries, superstitious people hide it at the bottom of a drawer, not to throw away their own image. As a matter of fact carte orange look at us with our own eyes set in the middle of a small, bright-coloured rectangle. It has a symbolic and ritual power: it has no expiry date, it can’t be given to others, it is individualised with personal data and signature, it follows the travellers to their death. The card number compenetrates us and becomes ourselves. At the beginning of every month or every week, you buy the coupon that has the same dimensions of a metro ticket, although its colours match those of the card. Now, the way to posses this coupon and make it one’s own, is to write one’s carte orange number, one’s number, actually, implicitly accepting to be recognised as P 185954 at every displacement. Once you have entered this system, you can insert your coupon in the pocket of the carte orange-holder, and enjoy the ineffable twinkle of the hologram stamped upon it.Many other objects that the city produces are as magical as carte orange. Phone cards, subway tickets, libraries entry cards, shops' fidelity cards, publications devoted to urban events make us feel member of an exclusive club. We are happy to let go to the unreal wonderland these objects create. We get lost without fears in the world of phone card collectors, feeling obscurely that we are safe, controlled by an elder brother...

I have peeped at the essence of this polymorphic city when I could not await anything in particular. Broke as I am, I often need to face the problem of eating passably fresh food, or at least no tins, without spending a fortune. In Paris, the combination of these two conditions is a real luxury. Obtaining just one is not difficult, though. You can easily find brooches of rotten or burnt meat for a fair price in the most ill-famed quarters, while very fresh fruit and vegetables are sold in other areas at unaffordable prices. So, when I am lucky enough to have a kitchen for myself, I raid food markets. When I decided to go to marché Dejean for the first time, possibly one of the most famous, something went wrong. When I came out from métro Château-Rouge I realised that I would not eat that day. The sidewalks were covered in smashed vegetables and multicoloured cloths. The last vans were leaving, and the wooden boxes piled on the ground. The cloths absorbing water in front of the draining holes were covered in fruit cores and vegetable dirt. The market had finished. I had spent an hour in the tube, so I did not leave immediately. As I started to stroll, inebriating with the rotten smell of vegetables smashed by passers-by. A thin guy appeared with holed jeans, leather jacket, a large laceless dog and many fleas. He looked friendly, maybe because his slightly bleached hair escaped all over, as he had tried in vain to curl into dreadlocks his very straight scalp. We looked at each other one second, I thought it was one of those passers-by who would change me for good without addressing me a word. On the contrary, the moment we crossed each other he said: "Liberté dans la vie." And before I could be surprised : "et dans l'amour...". Then he started to talk to me, as if he had always known me : "Freedom is the most important thing, isn’t it? " And standing in the middle of the road, with the flea-ridden dog wagging its tail around us, we started to talk about freedom, equity and brotherhood. Still, when I think of Paris, my mind rushes toward this weird image.