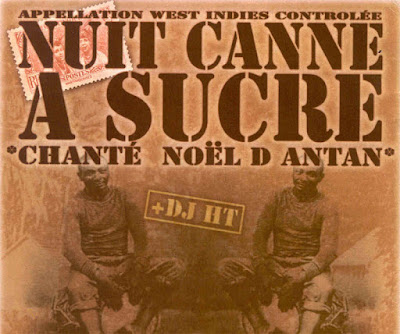 Université des Antilles-Guyane was my only reference when I left for Martinique. I wanted to increase my competences, but I would have never expected my stay to have such a heavy impact on my critical perspective. In particular, I met the writers I studied, which brought me to a decisive turning point in the writing of my thesis. Their interviews, and some others I made in Europe were collected and published by Mémoire d’Encrier (Montreal).

Martinique is a French department, which certainly made my everyday life much easier, as I had to face a comparatively light bureaucratic procedure in order to settle there. I did not have many instruments to understand what happened around me, though. Once I went shopping for food, took a box of dried figs to put it in the trolley and noticed they were bananas. Figues means figs in French French, while it indicates a kind of bananas in Martinican French. Now, this may seem funny, but the accumulation of experiences like this gave me a perpetual sense of inadequacy. Happily, I met very friendly people, who helped me accept what I did not understand. One week after my arrival, they took me to Christmas carols, the Chanté nwel. They were not the folkloric ones for tourists: everybody sang together in a discotheque with the carol book in their hands before they started dancing. It felt like a huge family meeting. I was already craving for tortellini and caught up that night with paté salé, filled salted pastries that were definitely worth it.
I cannot say that the people I met made me fall in love with Martinique, as I had already fallen. The thing is, I was in love with a country made of paper. Being there in flesh and blood after reading so many novels, gave me a kind of nostalgia, and made me feel closer to novel characters whose imaginary refers to a far reality.
My Martinican friends brought me back down to earth, showing me that we were not that distant. Thanks to them, I acquired some confidence; and my uneasiness with being visibly a foreigner and different from the others slowly faded away. I finally understood that even if I did not know the local behaviour codes, it was possible to communicate. Good will was enough. What is polite in Martinique is not always polite in Italy and vice-versa. Which means that sometimes I was rude without even realising it or I interpreted as lack of respect what was just a standard behaviour. We went beyond these problems with a little patience, respect and sympathy from both sides, but above all with some sense of humour.
Apart from this, I do not have much to reveal about Martinique. I visited botanical gardens and strolled lazily along the streets because living this country with my five senses felt like the most effective way to leave stereotypes aside. I heard creole from the passers-by, I ate and cooked (!) food I had never seen before, shook hands with writers I admired and tried to smell flowers that had no perfume.
Above all, I saw. Some tell me that I have large eyes. I am convinced they have grown bigger in Martinique. I have stared at people, buses, collective taxis, cars, houses, plants, animals, even air. I must say that staying in a private house has certainly given me a chance of seizing details that rushing visitors normally miss.
Seeing all those things I had so much read of was fundamental. As much as a description can be accurate and a novel evocative, you sense the smells, sounds, lights and feeling of an environment only if you go there. For instance, the narrations and theories focusing on the mangrove as a metaphor were much more significant to me after I have seen the actual ecosystem. My only concession to mass tourism was an excursion to Montagne Pelée. It would have been too dangerous to adventure on the path on my own, especially because I had a broken foot! My guide was a French woman from Alsace, like Schœlcher. She was real power of nature, and made me climb the volcano with a group of braves.

Having no car, I could avoid the other compulsory tourist sights, but not zouk, the typical dance. Its most practiced version is called collé-serré, that is “hugged-glued” (I will not ad any more details). I became a great fan of it. I even danced it on a boat sailing through the night with flying fish ... Contrarily to what I was expecting, the carnival really felt as an expression of popular enthusiasm. Ashes Wednesday is the last day of carnival in Martinique and one should wear black and white as a sign of mourn for Vaval, the carnival king. In the confusion of colours, I felt a part of the crowd and dreamt about staying for good.

In the end I left, instead, but only after making the best of my temporary position in the American continent. Martinique offered me a chance to visit French Guyana, Saint Lucia, Dominique and Guadalupe.